On DVD: Evilution And Basement Jack

Evilution and Basement Jack, the first two installments of the “Necropolitan trilogy,” are being released on DVD today courtesy of Brink DVD. Both films are produced by Brian Patrick O’Toole and Eric Peter-Kaiser. And they’re available at all DVD outlets, such as Amazon, Netflix and Blockbuster.

Evilution is a zombie movie in the vein of the 28 Days Later films in which an alien virus is unleashed upon the residents of a creepy apartment building, called the Necropolitan, located in a run-down neighborhood. Eric Peter-Kaiser also stars in the film as an Army scientist trying to hide the virus from the military. But when thugs break into his basement apartment, the virus is accidentally let loose and everyone who is infected by it turns into a blood-thirsty zombie.

The film is the feature film directing debut of editor Chris Conlee and was written by producer Brian Patrick O’Toole. In addition to Peter-Kaiser, the film features a great supporting cast of character actors like Noel Gugliemi and James Duval, musician Billy Morrison and the sexy Sandra Ramirez. Plus, the transcendently creepy Nathan Bexton is featured as the manager of the Necropolitan and is the hook that will tie the loose trilogy of horror films together. 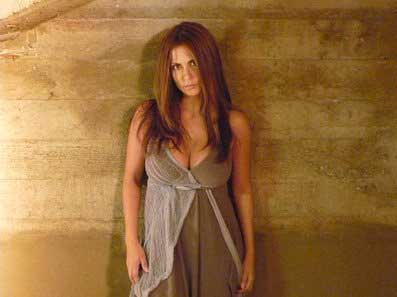 I reviewed Evilution on the Underground Film Journal last year and thought it was a fun, gory romp. It has a nice setup and good special effects. The film really jumps into high gear when all hell eventually breaks loose along with the virus. There’s definitely some humor to the film, but it takes a pretty straightforward approach to the horror and I really liked that it was set in a Latino neighborhood and gave significant roles to actors like Gugliemi and Duval, both of whom I was a casual fan of even before watching this film.

Basement Jack is a different kind of horror film. This one was also written by O’Toole, but is the directing debut of horror movie special effects guy Michael Shelton. The film is a successful throwback to the slasher films of the ’80s and introduces a fun new killer in the tradition of Michael Myers, Jason Vorhees and the rest. The twist here is that Jack, after years of being terrorized by a psychotic mother, finds what he thinks are “perfect” families, moves into their basement, then kills everybody in the house to freeze them in all their perfect glory.

The title character of Jack is played by Peter-Kaiser again, who is unrecognizable even before he starts wearing a mask. But the actress who steals the entire movie is Lynn Lowry, a veteran of horror classics like George A. Romero‘s The Crazies and David Cronenberg‘s Shivers. Lowry stars as Jack’s sadistic mother in flashbacks that makes Sybil’s mom look sane. Lowry is completely over-the-top, but never in a joking kind of way that makes her completely terrifying. 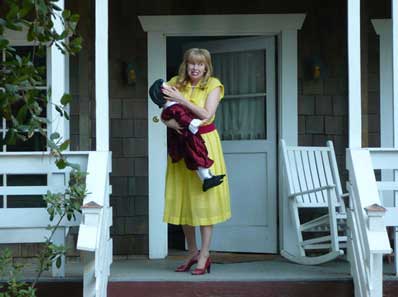 You can read my full review of Basement Jack on the Underground Film Journal here.

So, please check out both films. They’re a lot of fun and I’m very much looking forward to the third film in the trilogy, The Necropolitan, which is still in development. But, given the fantastic performance of Nathan Bexton in the first two films, the third one should be a real blast.