Burning Inside, written and directed by Nathan Wrann, willfully and consistently undermines all the conventions of the traditional revenge thriller. There are none of the usual, vicariously-enjoyed, redemptive emotional high and low points associated with the genre. Instead, the film is a minimal, slow descent into much darker territory than would be typically expected from this type of material.

When a revenge thriller wants to go deeper into its darker side, it generally starts by upping the its violence quotient. For example, the Death Wish movies give Charles Bronson a larger, meaner toolbox to dispatch his victims in more gruesome and grisly ways with each installment.

However, Wrann goes in the completely opposite direction, taking a sparse, near structuralist approach. Thus, when the eventual revenge sequences play out, Burning Inside completely robs the audience of the usual gleeful, cathartic release these scenes are supposed to provide. As such, the film places the audience in the same null and void emotional mindset of its main character, John Doe (Michael Wrann), for its entire running time.

All expectations are tossed aside right from the opening scenes of John Doe waking up in his hospital bed. Rather than a quick awakening with a drawn out, babbling and agonized coming to terms with his situation, à la Jason Bourne, Wrann draws out the scenes with very lengthy static shots of the comatose Doe being attended to by his nurse, Jennifer (Kristina Powis), and crawling dollies across his prostrate body. Then, when he eventually awakens, Doe takes to sitting completely silently, patiently staring out the window in the manner of Michael Myers.

Burning Inside is practically a dialogue-free film, with only a couple of lines dispersed throughout for some brief exposition. Words would, in fact, mostly detract from the simplicity of the film’s story. The silent lingering on Jennifer shaving the sleeping Doe in the opening scene provides the only explanation we need for when she exhibits a Florence Nightingale Syndrome attachment to him when he awakes.

Against hospital policy, Jennifer takes John out of the hospital in an attempt to jog his memory. John does exhibit some recognition to a location, a house nestled in the middle of the woods, so nurse and patient settle in to begin a new life together. While Jennifer’s desperate need to “cure” her love of his amnesia keeps her close to him, John basically sleepwalks through his life — desperately trying to cure himself as well — but his mostly wordless existence betrays nothing but a complete indifference to his companion, even though he’s evidently drawn to the comfort of companionship.

John Doe does methodically mete out his vengeance against those who wronged him. The majority of the revenge occurs at an odd point in the film, about as far from the climax as  possible. Thus, the revenge is perfunctory, a necessary fulfillment of the genre, but entirely secondary to the main plot.

Even the drive to find out what caused John’s amnesia is mostly secondary — thirdly, perhaps? In addition to upending revenge thriller conventions, Wrann twists the expectations of amnesia victim films. The major revelations to John’s mysterious past come with the same consistent pacing as the rest of the film. And the solving of that mystery is, again, not the film’s climactic moment.

Yes, Burning Inside is all about finding out who is John Doe, but the key to his character does not lie in the outside forces that inform the direction of his life. He is not defined by those he gets revenge against nor the moment he lost his memory. Therefore, the film doesn’t rest simply when those storylines end. The film ends when we are shown all sides of his character, when we learn why he’s locked in this existence where past and present are so closely linked.

In addition to the film’s sparse plotting, Wrann has shot it in a stark, contrast-y B&W. At first, this serves to raise expectations that the film will be a traditional or updated film noir, which are of course quickly dashed as the action plays out. But the lack of color and especially the way the whites in the film are extremely blown out, give the film a totally otherworldly look and ends up enhancing the film’s genre-confounding vibe.

Burning Inside is a haunting film. Although it defies all of the emotionally-pleasing elements of the revenge thriller genre, Wrann has carefully set up an entirely different set of “rules” that provides its own entirely satisfying payoff.

Watch the Burning Inside movie trailer: 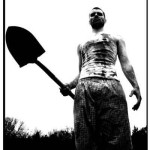 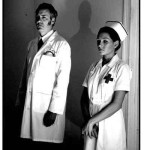 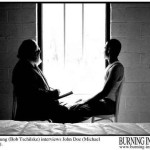 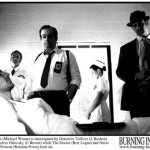 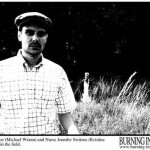