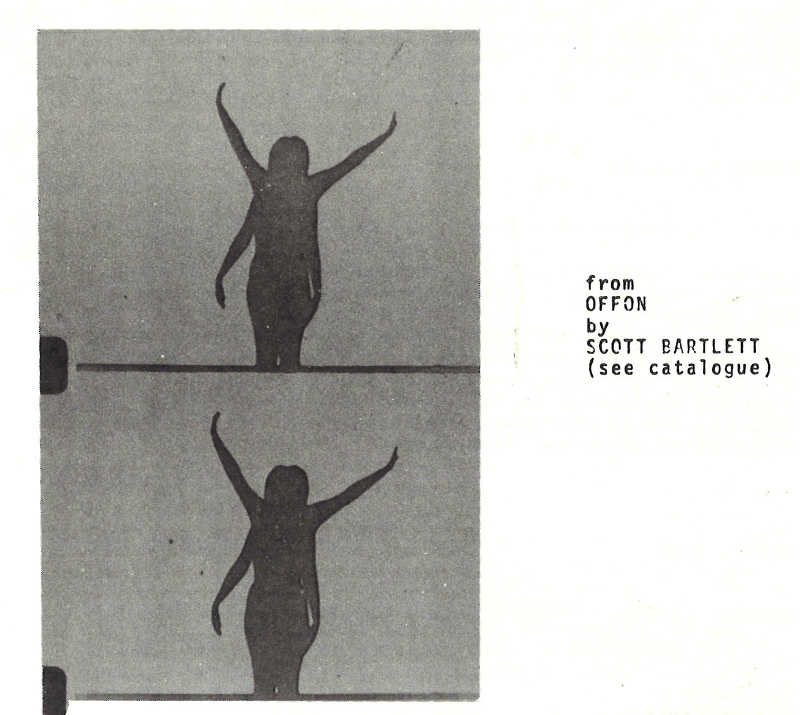 Film still from Offon by Scott Bartlett. This is a 1968 film by Bartlett that runs for 10 minutes and is in color and has sound. It is the first film to combine film and video; and has been described by Sheldon Renan as “so striking a work, so obviously a landmark.” Image from the Canyon Cinema Cooperative Catalogue No. 2, Supplement 1. 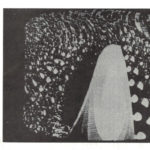 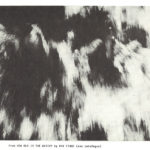