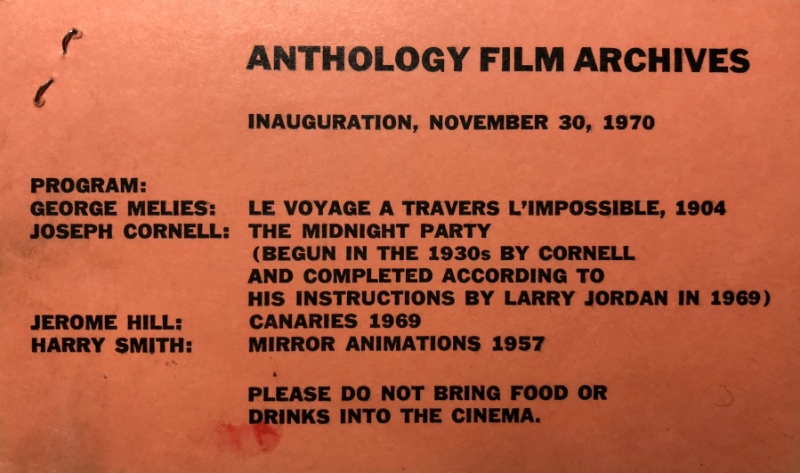 Program booklet for the Opening Night event for the Anthology Film Archives on November 30, 1970. It lists the films that were screened by George Méliès, Joseph Cornell, Jerome Hill and Harry Smith. It also requests audience members to not bring food or drink into the cinema. (Image provided to the Underground Film Journal by Jonas Mekas.)