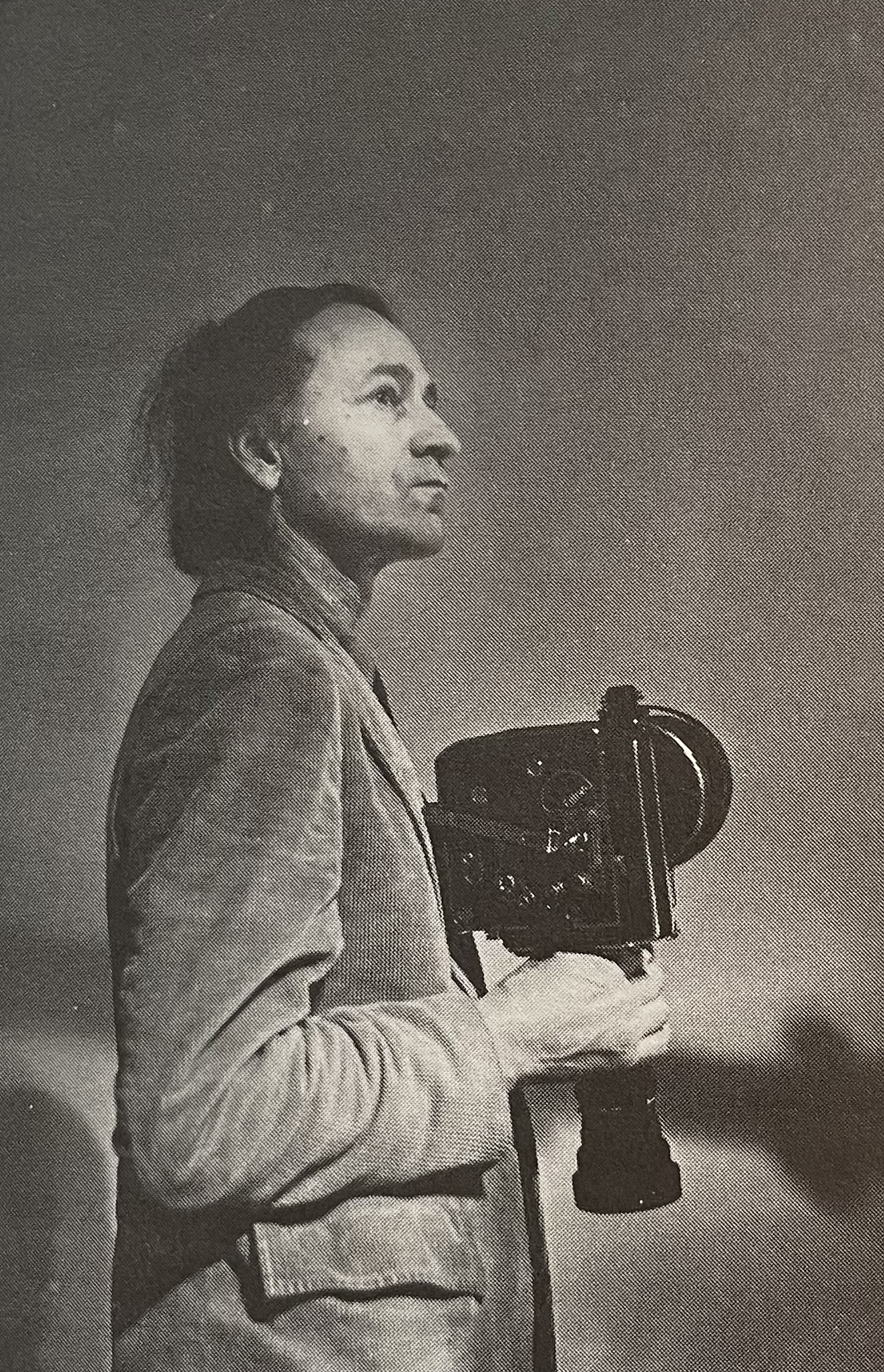 Jonas Mekas was born on Dec. 24, 1922 in Lithuania. He later emigrated to the U.S. in 1948 after escaping from a German work camp during WWII. Shortly after his arrival in NYC with his brother Adolfas, Mekas became the leading champion for the underground film scene by publishing the quarterly journal Film Culture, writing a weekly column for the Village Voice called "Movie Journal," co-founding the Film-makers' Cooperative distribution center and co-founding the first "museum of film," the Anthology Film Archives.

Mekas also began his own filmmaking career directing a fictional narrative, Guns of the Trees, but soon turned to focusing exclusively on his "diary" filmmaking, capturing his daily life on film and then, later, on video. Throughout his life, Mekas has edited his diary footage into long, cohesive works such as Walden; Lost, Lost, Lost; As I Was Moving Ahead Occasionally I Saw Brief Glimpses of Beauty; and many more.

Mekas is still a widely influential figure in the American underground film scene, which he dubbed the New American Cinema back in the '60s. Plus, in 2007, he founded the Jonas Mekas Visual Arts Center in Vilnius, Lithuania.

The below filmography for Mekas is in no way complete due to his prodigious diary output, but much of it was constructed using research for the Journal's Underground Film Timeline.

Jonas Mekas (1922 – 2019) accomplished much in his long life. And that’s not just in the realm of underground film! Mekas practically lived a lifetime under Nazi rule before reluctantly coming to the United States in 1949. At the Underground Film Journal, we love our timelines, so we’ve decided to maintain this list of […]

The November 12, 1958 edition of The Village Voice featured the first installment of the column “Movie Journal” by Jonas Mekas. “Movie Journal” would become what the Underground Film Journal would argue was the most significant organizing tool of avant-garde cinema created by Jonas, even more so than the Film-makers’ Cooperative and the Anthology Film […]

In December 1954, Jonas Mekas and his brother Adolfas published the first issue of Film Culture magazine. Initially hostile to American avant-garde filmmaking, the magazine eventually evolved into the avant-garde’s greatest champion in print.

Jonas Mekas’s “Movie Journal” column in the Village Voice was the main organ promoting experimental and avant-garde cinema in the early 1960s. A survey of the column from that time period has shown that Mekas did not use the term “underground film” very frequently.

One of filmmaker Stan Vanderbeek’s most famous articles is “The Cinema Delimina” published in the Summer 1961 edition of Film Quarterly (vol. XIV no. 4), in which he is the first person to use the term “underground” to refer to what was then mostly referred to as “experimental cinema.”

In 1961, Shirley Clarke finished directing her first feature film and debuted The Connection at the Cannes Film Festival to much acclaim. The New York State Board of Education’s motion picture division banned the film from screening in the state.

Continuing into 1999 at the Collective Unconscious theater space in NYC, the RBMC — co-programmed by Brian L. Frye and Bradley Eros — went on hiatus for the first week of the year, but resumed on January 12. Below is a list of screenings from then until a May 18 event that celebrated the RBMC’s first full year of existence.

After years of planning, the Anthology Film Archives first opened its doors in New York City towards the end of 1970. That opening came with great interest and fascination of how the world’s first “museum of film” was going to operate like no other theater before it.

In 1966, after six years of existence, the Canyon Cinema experimental film collective of San Francisco, California started its own cooperative distribution center, first listing films in the November ’66 issue of their News newsletter

In a letter dated June 1, 1962, the newly formed Film-Makers’ Cooperative offered their first list of films that were available to rent. Fourteen filmmakers were represented.