Filmmaker Matthew Garrett announced recently that he’s begun work on transforming his hit horror short film Beating Hearts into a feature-length project. To help celebrate the news, please watch the unsettling short above, which will only be online until January 1st, 2012.

Plus, Garrett was gracious enough to grant the Underground Film Journal an exclusive interview on his plans for his first feature-length narrative project, as well as describe the genesis of the short.

(The Underground Film Journal previously reviewed Beating Hearts earlier this year, describing it as “an absolutely terrifying movie.” We also reviewed Garrett’s feature Morris County, which consists of a triptych of shorts: Ellie, The Family Rubin and Elmer & Iris.)

Underground Film Journal: Making a popular horror short film, then producing a feature film version of it seems to be a popular move these days — ala The Pact and Excision. How did making a feature version of your short Beating Hearts come up? Did you always plan to make a feature out of it?

Matthew Garrett: It’s funny, because I’ve been asked about a feature version since Beating Hearts premiered, and I honestly thought that it could never work. I actually gave a long response at a recent Q&A about the value of short films on their own and that not every story fits the feature length mold, including Beating Hearts. Some stories are just better suited for the short format.

But then I came up with a way to structure it that got me very excited and opened up a lot of interesting possibilities.

Once I started brainstorming with my co-writer David Hauslein, I knew we were on to something very intersting. Also, having a well-regarded short to build off of could make finding financing a bit easier, assuming investors like the short.

UFJ: Where did the original idea for the film, both the feature and short, come from?

MG: The idea for the short came to me as I was just starting on the festival circuit with Morris County. The idea was to simply make a killer child film, but to add the notion of sexual abuse as the catalyst.

It was actually quite similar to how I devised Ellie, which at it’s core was a rape-revenge film structured as a drama with only the slightest of clues that she was a rape victim. I wanted to experiment more with sound design and rely on dialogue as little as possible.

UFJ: One of the best things about Beating Hearts and its short runtime is that its a very mysterious film that doesn’t explain any motivations whatsoever for the horror that occurs in it. How do you plan on expanding the story? Are you planning on going into more detail? Or keep things just as mysterious?

MG: That level of mystery was a big part of why it’s such a tough story to expand. What I realized quickly is that we’d have to give the audience a lot more to work with, but in doing so we’re really setting the stage for some horrifying revelations in the third act that will hopefully make the viewer think back to everything that’s come before it. There will definitely be questions at the end of the feature, but of a much different nature than the short.

UFJ: Of course, you’re only in the very early planning stages, but do you have any intention of keeping your original actors? Your young star, Gianna Bruzzese, was an amazing find for the short, but she’d, of course, be much older by the time cameras start rolling on the feature.

MG: I really wish Gianna could stay the same age for a few more years and it’s kind of hard to write the feature and not think of her in that role.

However, she does have a younger sister so there may be a possibility of passing the torch down to her. If I’m able to work in Gianna and her mother, Georgeanne, in different roles I would love to. They were such a joy to work with. Peter Coriaty as well, though he may actually be a bit young for the Grandfather role in the feature version. But, yeah, if I could work with any of them again, I would jump at the chance.

UFJ: You’ve been much lauded for your short works, including Beating Hearts and your triptych film Morris County. Does writing a full feature seem daunting? Is that why you’re teaming up with a co-writer?

MG: Very daunting. I haven’t written a feature-length script since my college days and have become quite comfortable with the short film format. It can be so forgiving and really opens you up in terms of structure and content.

My co-writer for the feature, David Hauslein, is a close friend who’s been my sounding board since I had the first idea for Ellie back in 2004. He’s more or less been my script consultant on everything I’ve written since then, every idea, every draft, and we’ve been itching to collaborate for a while now.

Beating Hearts just seemed like the perfect opportunity for us and also takes some of the burden off of my shoulders. It also doesn’t hurt that he’s a damn good screenwriter!

UFJ: Any other scoops on the feature you can give to the Underground Film Journal?

MG: All I can say right now is that the film opens just as the short does, with the murders, and then flashes back to the events leading up to it. By the end of the second act, we’ll be back at the murder site and that’s when it gets really disturbing.

The feature will be similar to the short in that the horror actually escalates after the violence is over. The third act is truly one of the most bleak and horrifying things I’ve come up with, while retaining an emotional core that audiences should be able to relate to.

I can’t wait to be able to divulge more! 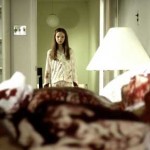 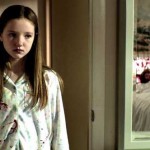 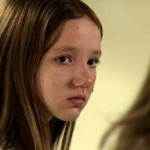 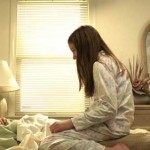 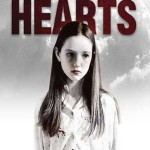 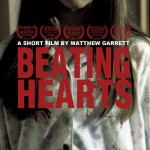 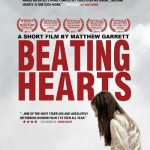