When it comes to creating sickening nightmares, it’s hard to top San Francisco based filmmaker Waylon Bacon. His latest disturbing vision to hit the web is My Worst Nightmare, which is embedded above.

Bacon’s shorts are nightmarish odysseys. However, they’re crafted with a genial, good humored vibe, which actually makes his films all the more disturbing. Although My Worst Nightmare takes place in just one location and clocks in at around seven minutes, this is an epic, freakish tale that riffs on a common nightmare: The idea of being buried alive. And while there are a few icky moments scattered throughout the short, the film is not nearly as grotesque as some of Bacon’s previous work, like Maggots and Poster Boy. Yet, it still shines with the usual Bacon patina of unpleasantness.

In other Bacon news, I continue to recommend his blog chronicling the making of his latest film, Help Wanted. While Bacon doesn’t post all too frequently, when he does, they’re very detailed posts about the highs and lows, hurrays and harumphs of making a low budget short film. I find it all very fascinating and probably the best film “making of” blog I’ve read. Now, I just can’t wait to see the damn finished film. 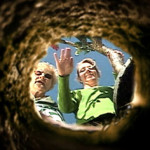 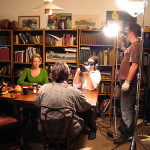 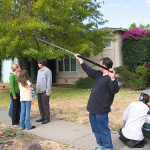 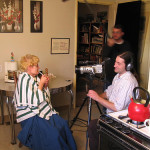