This is Part Two in a series of articles on the Robert Beck Memorial Cinema (RBMC). As detailed in Part One, the RBMC was an experimental film screening series in New York City, started by filmmaker Brian L. Frye.

Frye programmed the first screening on May 12, 1998 at the Collective Unconscious theater space. The screening included the feature-length documentary Underground by Emile de Antonio about the left-wing militant group the Weather Underground, and a kinoscope of Richard M. Nixon’s infamous “Checker’s Speech.” At the screening, fellow media artist Bradley Eros introduced himself to Frye and the pair co-programmed the RBMC together for several years.

The goal of the screenings was to present work that typically wouldn’t be projected anywhere else, such as small gauge film formats and expanded cinema performances. The RBMC would also host filmmakers in town for larger shows elsewhere in the city and asked them to screen their older, less seen work for the more intimate audiences that the RBMC attracted.

Since the RBMC originated before the Internet was a household phenomenon, each screening was promoted with analog posters and/or program notes that Frye assiduously archived. Frye has graciously lent the Underground Film Journal these archives in digital form, which we are presenting in this and future articles.

Directly below is a list of all RBMC screenings in 1998 — from the first one on May 12 through to December 26 — compiled by the Journal from the archives. All the screenings were put on at Collective Unconscious at 145 Ludlow Street in NYC’s Lower East Side, with the exception of the last one on Dec. 26. That final one was held at the Anthology Film Archives and featured Frye screening his own films.

True to the RBMC’s mission, the list of screenings below features an eclectic mix of films and cinematic performances. It includes classic work by filmmakers such as Bruce Baillie, Mary Ellen Bute and Kenneth Anger; and work by then rising names in the experimental film scenes such as Kerry Laitala, Jeanne Liotta and Stephanie Barber.

Lastly, below the list of screenings is an image gallery of the RBMC archives. This is a selection of posters and program notes from 1998, not the entire ’98 archives.

Live visual manipulations from Vancouver by Alex Mackenzie of the audio-visual collective “Phosphene”
Subverted Horseplay by Jeanne Liotta and Bradley Eros. Described as “A chamber piece for projectors” featuring music from Celestial by Circle X; and text from Almanac of the Dead by Leslie Marmon Silko

“Amateur Anthropology”: A hagiography of the amateur assembled by Stephen Ken Jusick

(Special ‘secret’ program at Anthology Film Archives)
“Apology for the Beginnings of General Philology: An Illustrated Lecture by Brian L. Frye”
Nausea
Intervals
Interventions
Essays Toward a Natural History
Ladies Day
Meeting with Khruschev
Waiting for Godel
Striptease
The Most Important Moment in My Life 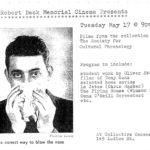 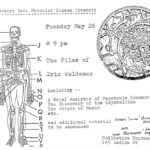 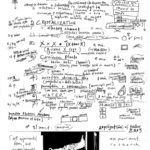 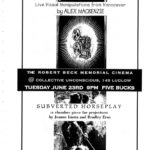 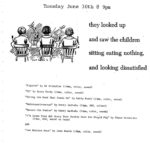 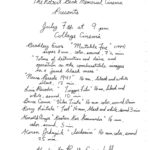 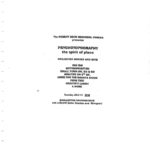 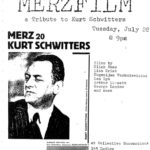 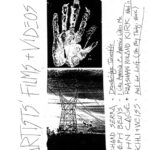 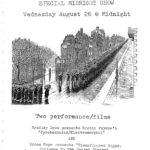 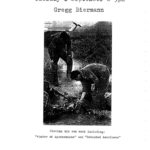 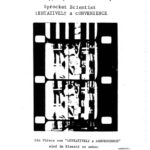 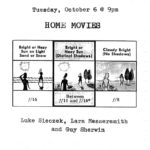 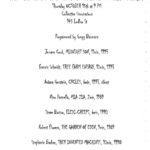 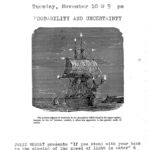 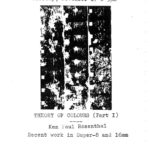 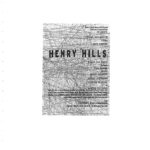 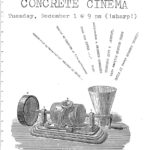 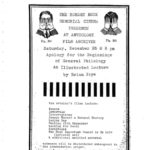