Paul Von Stoetzel has made some killer documentaries, sometimes literally in the case of Snuff: A Documentary About Killing on Camera, and sometimes metaphorically like with Scrap.

But, for his next project, he’s directing his first ever feature-length fictional narrative, called A Method, which will explore many of the same dark corners of the American psyche that Stoetzel has happily inhabited in his docs.

While A Method is still currently in production, Stoetzel has provided the Underground Film Journal with a brief interview about the film and a small gallery of set photographs, which are below:

Synopsis: A Method follows Nina, a professional documentarian, and her crew as they chronicle the acting process of Andrea, a young and successful theatre performer, in her first major role in a feature film. Andrea’s process becomes risky as she is encouraged to delve deeper into the dark reality of her character. Nina is there to record everything as the line between what is real and what is performance becomes dangerously blurred.

Underground Film Journal: You’ve previously made several short narrative films. What drew you to A Method to make it into a feature?

Paul Von Stoetzel: It was pitched to me by a friend and colleague, Andrew Martin, who thought I would be the right director for this subject matter because it involves a lot of documentary style substance, deals with theater style acting, and especially because it deals with very disturbing subject matter. I have experience in all of these areas so it simply made sense that I was the guy for the job. I’ve been waiting for a script that I really dig and is produceable for a small budget and the script for A Method was both of these. The script had a good flow, it was upsetting but not excessive and the writer was very flexible in regards to the dialogue. I’ve directed theater for a while and I’m big on rehearsing, so the actors and I worked on the dialogue so we could make it as natural and organic as possible. This flexibility was great and essentially sealed the deal.

UFJ: A Method is a fictional film about a documentary that’s being made. Did your feature doc filmmaking experience prepare you a lot for making this particular narrative feature?

PVS: Absolutely. When you’ve directed a few docs it is much easier to put yourself in the place of the lead character, Nina, who is the documentary director and therefore makes it less of a jump to understand the inner workings of what she’s doing. Also, there are subtle differences between the look of a documentary and a narrative piece like framing, lighting, etc. that really helped as well in creating some variation between when the audience is seeing the film through the documentary lens as opposed to the narrative story.

UFJ: Your work typically explores dark territory, but can be hard to peg down as belonging to easy genres, like “horror” or “thriller.” What draws you to this type of complex material?

PVS: I am obsessed with the more cruel and brutal aspects of the human condition. What Joseph Conrad called the “Heart of Darkness” is very fascinating to me and I believe cuts to the core of who we are as individuals and as a society. If you attempt to disregard or minimize the horrible things we do to each other then you can never even begin to find solutions to deal with the awful elements to our behavior or mentality. The world is a scary place and we use ghosts, monsters and other invented horrors to showcase the darker aspects of the world, but the truth is that we, human beings, are the worst monsters on earth. We are the ones who destroy, maim, torture and kill and if we don’t analyze why we do this then it can never be solved, if that’s even possible.

UFJ: When is A Method expected to be completed and sent out in the world?

PVS: We’re aiming for an early 2014 release and/or begin the film festival circuit then. We may do a couple sneak previews and possibly even some early VOD, but we’re still working on that since we’re still deep in post. We just began an Indiegogo campaign, so if we’re successful we’ll be able to move on quickly so we can have a strong edit by early Summer which would be great. In fact here’s our Indiegogo page if anyone can help us out by donating and/or helping to spread the word. 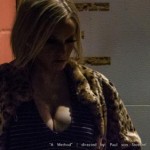 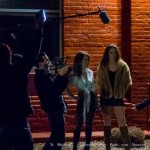 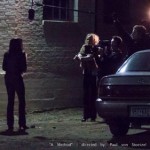