Other Cinema: It Came From Kuchar

Hosted by: Other Cinema

Jennifer M. Kroot‘s documentary It Came From Kuchar profiles the twin titans of underground filmmaking: George and Mike Kuchar. Kroot, as well as her two subjects, will be in attendance at this screening of her film for what will surely be a lively Q&A session. Plus, stick around for a screening of Mike’s ’65 classic, Sins of the Fleshapoids.

The Kuchars began their filmmaking careers co-directing 8mm camp take-offs on the classic Hollywood style from their Bronx neighborhood. They were quickly embraced by the New York City underground film scene and, in the mid-’60s, they started directing their own films individually. In ’71, George moved to San Francisco to teach at the Art Institute, where he’s been ever since. Mike split his time between NYC and S.F. until moving permanently to the Bay Area in 2007.

George and Mike were two of the few underground filmmakers from the ’60s to embrace video in the ’70s. They still continue to churn out low budget films and documentaries, as well as work in other art mediums, such as painting and cartooning.

Watch the underground movie trailer for It Came From Kuchar: 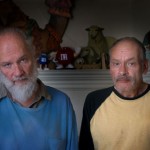 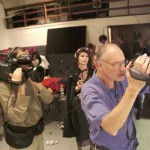 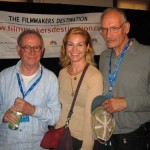