On VOD: Pictures Of Superheroes

Austin, Texas filmmaker Don Swaynos’s howlingly funny surrealist comedy Pictures of Superheroes is now available to rent and buy on VOD. You can stream the film on Amazon, as well as get the film via outlets such as iTunes, Google Play and other outlets.

The film stars a fantastically deadpan Kerri Lendo as Marie, a professional cleaning woman who gets dumped by her boyfriend, Phil (Byron Brown) and hired by a manic entrepeneur, Eric (Shannon McCormick), on the same day. While cleaning Eric’s suburban home, Marie discover that the businessman has a hidden, child-like roommate, Joe (John Merriman), who may or may not have romantic notions towards her.

Lendo, a stand-up comedian and filmmaker in her own right, makes her feature film acting debut here and carries the film perfectly as a stranger — riddled with her own pent-up neuroses — navigating a strange land filled with even stranger characters.

Swaynos is also making his debut here as a feature director after making several successful short films, as well as editing films such as Spencer Parson’s awesome horror flick Saturday Morning Mystery, which is also streaming on Amazon. For Pictures of Superheroes, though, Swaynos has crafted a perfectly paced and developed comedy.

Read the full review of Pictures of Superheroes on the Underground Film Journal.

Watch the Pictures of Superheroes trailer below, then stream the film on Amazon or your service of choice. 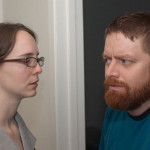 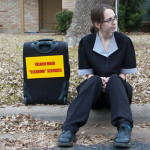 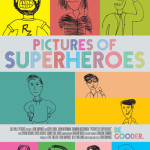