Usama Alshaibi‘s documentary Nice Bombs, one of the best films about the Iraq War, is at long last available on DVD Tuesday Oct. 27 from Cinema Obscura. The film is available through Amazon

, Netflix and other DVD outlets.

The film features a personal perspective on the U.S.-Iraq conflict rarely seen in this country. Alshaibi was born in Iraq, but has spent most of his life in the U.S. The film opens with the director living in Chicago with his wife Kristie. Shortly after the U.S. “liberated” Iraq from Saddam Hussein in 2003, Usama and Kristie travel to his home country to visit with family members he hasn’t seen in over two decades.

The Alshaibis are greeted warmly by their relatives and find them living in relative good humor regardless of the war that continues to rage outside their windows. The title Nice Bombs comes from a scene in the film in which an explosion rocks the house and Usama’s cousin Tareef casually explains, “It’s a bomb. A Nice Bomb.”

Nice Bombs is an exceptionally personal documentary that also provides a unique look at the war from the people most affected by it. Rarely, if ever, has the war been covered from such an intimate location.

Although the film has yet to be officially reviewed on the Underground Film Journal, I did see it when it played on the Sundance Channel earlier this year and thought it was absolutely brilliant. The film also did win the Best Documentary Feature award at the 2006 Chicago Underground Film Festival.

More on the film: Amazon 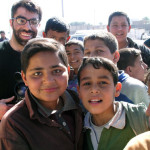 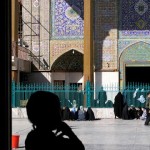 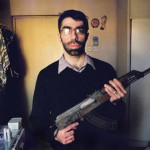 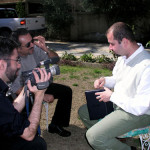 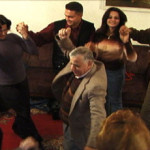 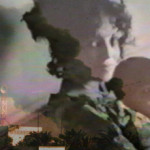 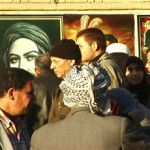