Tariq Tapa’s minimalist Zero Bridge begins with a young man taking a plunge off of the titular structure. Well, not literally, but it’s a plunge nonetheless into a fate from which the main character spends the rest of the film trying to escape.

Rather than jump over the railing to get away from his unfortunate circumstances, Dilawar (Mohamad Imran Tapa) hops on the back of his cousin’s motorbike after being threatened by an armed soldier ordering him to move off the bridge. Although we don’t know it initially, but we soon come to learn that “cousin” is a code word one starts throwing about when caught associating with unsavory characters.

In voiceover, Dilawar narrates a letter to his mother, whom he hasn’t seen in a long time. He insists he is a good student and doing well in school. Again, this is something we’ll discover is partially true. Although smarter than his station in life would presume him to be, Dilawar is mostly studying to be a thief and his “cousin” is his teacher. After a quick heist of some purses, Dilawar gets his two biggest lessons. First, he learns not to trust anybody when his teacher tries to rip him off. And second, after they are arrested for arguing in public, he learns he’s going to have to be even craftier to avoid the petty crimes that will land him in jail.

Zero Bridge is a real location that spans the Jhelum River in Srinagar, Kashmir. Taking a cue from the Italian neorealists, Tapa shoots in an intimate, documentary-flavored style on the gritty streets of Srinagar using a cast of non-professionals. While the film doesn’t get into the history or political situation of Kashmir, the presence of armed soldiers and police officers who wander the streets without uniforms but with unholstered firearms lend an extra air of oppression over the vast poverty on display.

The film also isn’t a travelogue of Kashmir, a location not frequently seen on film, and the action never strays beyond Dilawar’s immediate meager surroundings. The only glimpse we get that another world even exists outside of these slums is when Dilawar, in his one legitimate job, takes a pair of European tourists on a boat trip down the Jhelum. The boat, tricked out with fancy silks and soft pillows, is a con, to convince the outsiders that they are somewhere exotic and magical where if they saw their guide’s real home, they’d probably leave the country in disgust.

The scene with the tourists is brief, but it sets up that Tapa, an American of Kashmiri descent, isn’t here to snow us with a romanticized portrait of the land of his father. Dilawar, while a sympathetic character, isn’t a charming rogue or a thief with a heart of gold. He is a brash, know-it-all kid looking for the easy way out because he sees what the hard way gets you: Nowhere fast.

Dilawar is raised by his strict disciplinarian of an uncle, Ali (Ali Muhammed Dar), who toils all day as a mason building extravagant houses for the upper class only to come home to his own ramshackle dwelling every night. Ali attempts to apprentice Dilawar in masonry, but the only decent thing that the boy can do with his hands is pick pockets. Dilawar is also exceptionally bright. He should be going to school as a good education is probably his best chance for his escape from poverty. Since Ali can’t or won’t pay for school, Dilawar makes money doing the homework of teenagers too lazy to concentrate on their own studies.

Using untrained actors proves a bit distracting in the film’s early scenes. The actor Tapa is the first-time director Tapa’s cousin — a bit ironic given what I explained in the second paragraph above — and his early thieving scenes fighting with his crooked teacher aren’t entirely convincing. However, I don’t know if the film was shot in sequence or not, but the actor Tapa really grows into the role the more we see his silvered-tongued con man side come out.

Dilawar also becomes a much more complex character as the film goes on. On the one hand, he is a very self-assured, opportunistic scoundrel. On the other, he’s very unsure of himself, particularly with the ladies. As Dilawar’s sides are slowly revealed, the actor Tapa really rises to each occasion, much more than the early scenes would indicate. By the end of the film, Tapa has convinced us that Dilawar is a fully-realized, complex person.

But the film really opens up when Dilawar befriends Bani (Taniya Khan), a shipping clerk with her own dreams of escape. Having studied science for a period of time in the U.S., Taniya has returned home to be treated as a slave by her aunt and sold into an arranged marriage by her uncle. Taniya is also, unbeknownst to her, a victim of Dilawar’s crimes. He has stolen her passport, and the boondoggle needed to acquire another one, has dampened her dreams of returning to America.

Dilawar is smitten by the slightly older woman, especially hard not to do given Khan’s pleasant, modest smile and caring eyes. He cons his way into her life, keeping his guilt secret from her and their time together is a pleasant retreat from their difficult lives. One of their scenes alone together in Taniya’s home, without any kissing or touching, includes what has to be the most romantic, sensual chess game in film history.

Zero Bridge is a subdued, audacious debut by Tariq Tapa, who directed, lensed, recorded and co-edited by himself. He takes us to a place little seen on the screen that his characters are desperate to escape from. Although set in a poverty-stricken slum, the film features a wealth of emotion while eschewing a reliance on genre conventions. The drama unfolds naturally, piling on relationship complications without contrivance and a romance without romanticism. Ultimately, Kashmir comes off not as an exotic locale, but a place where the struggle for survival is familiar the world over. 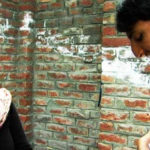 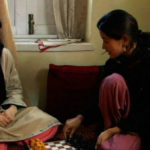 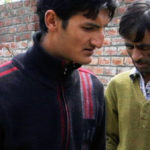 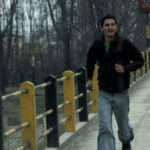