Movie Review: The Beautiful And Damned

The key to Richard Wolstencroft‘s adaptation of F. Scott Fitzgerald’s sophomore novel The Beautiful and Damned comes during one of the early, numerous party scenes. In the scene, one of the party-goers announces to Anthony Patch (Ross Ditcham) that he knows exactly what the lower classes need, a nice strong fascist hand to whip them into shape. Then he bends his head over for another snort of cocaine.

Of course, the “lower classes” don’t really show up in The Beautiful & Damned, so why they need whipping who knows. But it’s clear who really needs the sharp stick of fascism in the eye: The rich and degenerate. The idea of “transcendental fascism” is one that Wolstencroft explores much in his theoretical writing. Yet, the film clearly addresses his favored subject by making it practically completely absent from his screenplay.

The plot follows the carefree exploits of trust fund baby Anthony Patch, who gets by in life by living off of an extravagant allowance given to him by his grandfather, Adam Patch (Norman Yemm). In order to get his money, Anthony must provide weekly status updates proving that he’s a productive member of society. However, he ends up just bullshitting his way through a cockamamie plan to write a nonfiction book about the young heroes of WWII. Grandpa knows he’s being bullshitted, but he never cuts off the funnel of money, probably thinking his grandson’s wanton ways are just a youthful phase.

None of these motivations or assumptions about the characters’ behavior is ever explicitly discussed through the dialogue. Instead, the film barrels along from one debauched scene after another.  But the real genius of the film is how it’s themes and subtext pop up through the casually tossed off line or action, knitting together scenes that race from their abrupt beginnings to their equally abrupt endings. The hyper-kinetic pacing ingeniously hides the more serious contemplations of the subject matter.

Also interestingly, Wolstencroft has taken the Jazz Age setting of Fitzgerald’s novel, which also took place in NYC, and has successfully updated it to a modern day Melbourne, Australia — Wolstencroft’s hometown. This speaks to Fitzgerald’s universal truths about the upper class, but at the same time instead of making the film completely modern, through the set design and costuming, particularly of the Patches, Wolstencroft does retain a Fitzgerald sense of style. It’s clear by the Patches’ old homesteads that their money is old money and that grandpa is trying to hold his grip on the illusion that the world is still like his simpler, less morally bankrupt “good ol’ days.” If he only knew what his grandson was really up to.

Actually, eventually grandpa does find out, which instigates the most dramatic portion of the film when the young Anthony faces the possibility of being cut out of the family will. With no skills to be of any use to society, Anthony becomes a very desperate man to regain his unearned fortune.

As a main character, Anthony goes beyond being a cipher and is a bit of a bland blank. Typically, this would work as a detriment to a film, but here the characterization works in his favor because we keep wishing he will eventually grow a pair and fight for something in his pathetically tragic life. There’s a brief glimmer of Anthony having a reasonable moral center during a hilarious and frightening scene where he encounters the director and star of rape videos, played by a terrifically menacing Wolstencroft himself. A life of fun and games is perfectly fine as long as nobody gets hurt, right?

But plenty of people get hurt in The Beautiful and Damned. Yes, physically, but mostly emotionally. However, the characters’ psychic scars and open wounds run so deep, they accept them as an everyday normalcy. To Anthony, he feels his “damnation” comes when he’s forced to live like an average commoner, yet he’s completely oblivious to the hell on Earth he aimlessly wanders through and, if he used his inheritance wisely, could have easily escaped from.

Without having read the original source material, as I have not, it’s impossible to tell how much Wolstencroft has changed and updated, except for the obvious, of course. For example, I doubt Fitzgerald wrote about rape videos. Yet, using that source material for his own vision of The Beautiful and Damned, Richard Wolstencroft has crafted an originally terrifying vision of rampant amorality among the so-called “upper” class.

The Beautiful and Damned photo gallery: 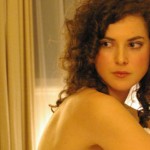 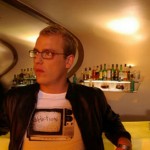 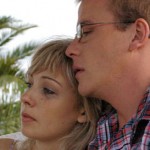