The tyranny of stuff. George Carlin does a funny routine about how home is just the place where you keep your stuff — while you go out to get more stuff. He even has a comedy album out called A Place for My Stuff that features that routine. On a similar note, in Buddhism (or at least my limited readings on the subject), one of the “Three Poisons” is Attachment, which says it’s definitely ok to own stuff, just don’t become to emotionally attached to it. But, come on, who does that besides Buddhists?

Meanwhile, here in Los Angeles where I live, the place is filled with the homeless. And why not, right? If you’re going to live without a roof over your head where do you do it except where it’s relentlessly sunny and nice most days of the year. In my neighborhood alone, we have quite the few “regulars” that are always out and about somewhere, or the guys who hang out around my train station. But mostly they seem to hang out down at the beach communities, like Santa Monica and Venice. What I’m getting at, though, is that when you see the homeless, not very many of them, if any at all, seem like they’re particularly happy about their situation.

Now, in Random Lunacy co-directed by Stephanie Silber and Victor Zimet, we’re introduced to a guy who a) doesn’t enjoy owning stuff; and b) is absolutely ecstatic about living on the streets. His name’s Poppa Neutrino and, at the time of this writing, he’s either 74 or 75 and has been basically living the windswept life for all of those years. It all started because his mother suffered from a terrible gambling addiction, which forced her and her son to move to a different flophouse every week. Then, as an adult, he developed a philosophy where the only life worth living is the one that is in constant flux. He’s never settled down and apparently has never stayed anywhere longer than a couple of months.

In a lot of ways, living the (seemingly) carefree life does sound appealing. Neutrino has lots of crazy adventures, has been all over the world and done some things hardly any other human has accomplished. Especially when you see just how happy and contented Neutrino is with his lifestyle choice, you start to think that the dude is really on to something. Seriously, he looks just like your average homeless person, except he seems to have retained all his marbles. I mean, the guy is smart, but it’s really unbelievable just how happy he seems. To be so content with the world and himself, even when his adventures have led him straight into the jaws of death, the guy seems to be overjoyed with just being alive.

For a considerable amount of Neutrino’s worldly wanderings, he did it with family in tow. And not a conventional family by any means, but how surprising is that? He’s been married four times although the only one we’re introduced to in the film is his last one, Betsy, whom it seems he spent the most time with. Accompanying Neutrino and Betsy are their one biological daughter, some kids from a previous Neutrino marriage and other children from troubled homes that were basically “adopted,” at least spiritually, if not legally. The group would then literally sing for their supper and perform on street corners and such places as The Flying Neutrinos.

Most of the film is constructed via Hi-8 video shot by the Neutrinos during their time on the road, including the time the bunch joined a Mexican circus for several months — an experience that ended with the Neutrinos going off and starting their own fledgling circus for a time. The family documented all of their travels from New Orleans to New York City to Russia to Spain and, I think, a couple other places I’m forgetting. How they managed all this isn’t really clear. I kind of would have liked a little more information in the current day family member interviews, but then the film probably would have gotten bogged down with too much minutia. As it is, the film moves at a nice pace from one insane story to another. You almost can’t believe these people accomplished all of these things and if it weren’t captured on videotape first-hand, nobody probably would.

But, the nuttiest story out of all of them? First, Neutrino’s main hobby is building rafts. Not Tom Sawyer, two-man kind of rafts, but big yacht sized rafts made out of garbage and whatnot. On one of these contraptions, with Betsy and two other adult friends (the kids stayed home — thank God), Neutrino sailed across the Atlantic and, again, recording the entire voyage on videotape. We see the crew go through various meltdowns and periods of despair, as well as start worrying about starvation after the trip takes months longer than they anticipated. But when it’s over, it’s as if it was all just another big fun adventure.

And the film plays as if it’s one big adventure, too. Poppa Neutrino’s zeal for life is infectious and while maybe a lifetime of wandering may be a little much, you think maybe hanging out with the guy for a couple of weeks might be a hoot. Except, I’m a homebody and I’d probably get freaked out after a couple hours in real life. Also, with all the archival video footage, I’m glad the film was produced after the kids grew up to be responsible adults. It’s amazing how well together they all are as they reflect back on their insane childhoods, which they also seem to recognize as being insane. Otherwise, if I saw just the kids on the road, I’d be worried about how they’d turn out. But they’ve turned out just fine. 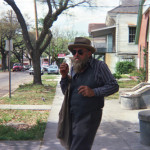 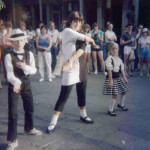 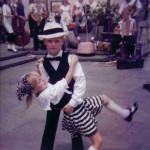 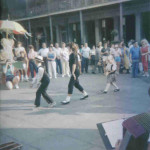 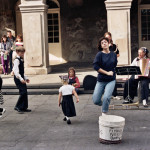