In his still relatively young, yet incredibly prolific, career, Iraqi-American filmmaker Usama Alshaibi has mostly exhibited three very distinct and separate styles in his approach to his films.

There are the highly sensual and sexual portraits of women, such as Traumata, Gash and Organ Molly. There are the serious and personal documentaries, such as Nice Bombs and the still-in-production American Arab. And there are his gonzo, transgressive “comedies” such as The Amateurs and The Foreigner.

However, for his latest feature-length, fictional narrative film Profane, Alshaibi has melded all of those styles into a singular, cohesive vision that is, as of now, his most accomplished work.

In many ways, Muna is a cipher. As an audience, we don’t truly get to understand who she truly is and what exactly motivates her. Normally, that might indicate a poorly-drawn and executed main character. But, instead, this absence of being draws us in closer to her. We become engrossed in her quest to discover herself and become frustrated when she throws up obstacles in her own path. The arm’s length that Alshaibi keeps us from Muna is the same distance that she keeps away from her own soul.

However, physically, Alshaibi makes Kara expose a lot. The film has several extended experimental sequences in which Kara is fully nude, much like Alshaibi’s short, sexual portraits, except now that sort of profiling is expanded to feature length. Plus, we get to see Muna at work several times, humiliating her mostly docile clients. For the most part there is no sex involved in Muna’s business, except for one fearsome and highly uncomfortable encounter with a self-loathing racist. Although, she claims her work empowers her, she doesn’t notice how her various degrees of undress and distressing situations is an exploitation of her physical nature.

Her work and lifestyle distances her through all of her human interactions. She does have an American boyfriend, but whenever he attempts to get close to her, she tries to humiliate him as well, through her words. She mocks his needs to connect with her emotionally and, in so many words, lets him know that he’s just there for the sex.

Muna spends most of her time with her best friend and domination partner Mary, who is played by the scene stealing Molly Plunk, the star of Alshaibi’s previous short film Organ Molly. Mary is a bold and brash woman, unafraid to speak her mind and act in the most erratic of manners at all times. Clearly, Mary is the sort of woman Muna imagines herself to be and is thus so drawn to her.

While Muna thinks of Mary as a friend — or at least a sympathetic compatriot — she is actually not an ally, but an antagonist, enabling Muna to indulge in her worst behavior, including drug and alcohol abuse. Mary creates the indelible impression that their profession, which includes sadistic acts of coprophilia, is the natural order of the world. While Alshaibi the writer/director refuses to pass judgement on these girls and explicitly lay out their relationship, one still gets the impression that without Mary’s enabling influence, it is possible that Muna could find the spiritual satisfaction she craves.

Muna’s real ally is Ali (Dejan Mircea), a Muslim taxi driver whom Muna and Mary begin treating as their personal chauffeur. At first, Ali appears to be an antagonist. He is drawn to Muna, whom he recognizes as a lost soul needing help. He asks deep, probing questions that, with Muslims usually presented as villains in American films, one has to at first question whether or not he has ulterior, sinister motives.

Muna tells both Mary and Ali that she has lost her jinn, a Muslim creature made of smokeless fire, i.e. a demon. At various points in the film, Muna hears the jinn speaking to her and, although, Alshaibi puts the sound of whispering on the soundtrack, it’s not clear if she is imagining the sound or if this being is truly speaking to her. But, the sound is comforting to Muna and she seems most at peace when she can hear it.

At first, Muna asks Ali for help in her spiritual quest and he’s all the more eager to offer it. Ali is also the only person in Muna’s world who doesn’t ask anything of her, on either a physical or a psychological level. He recognizes her hearing her jinn as a quest, not to bring her demon back into her, but to set her on a spiritually fulfilling path.

Ali does not judge Muna, although he is clearly sympathetic to her plight. He does not chastise her for not knowing the Quran or for not wearing a hijab in public. (As if only exposing her hair were the most private thing she exposes in the film.) Plus, Ali’s offer to help is on Muna’s terms. He seems to understand that being aggressive would only serve to push her further away.

Mary, of course, is verbally abusive to Ali, yelling at him every night that’s he’s cheating them by driving the long way around town. But, Ali is useful at least to have a driver and Muna seems to like him, so Mary does her best to tolerate his presence. And, while Ali attempts sporadically to provide a voice of reason, he knows that provoking Mary would also drive Muna away. In their verbal sparring, Mary and Ali represent an external vision of Muna’s internal battle.

Alshaibi brilliantly weaves together all of these conflicts and his own diverse filmmaking styles into a rich, complex work that is part horror movie, part psycho-sexual drama, part spiritual odyssey, part experimental vision and more. Profane is an extraordinary visionary work from an accomplished filmmaker who is clearly now at the top of his game. 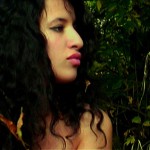 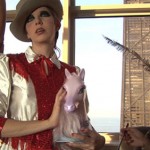 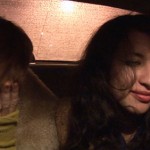 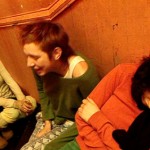 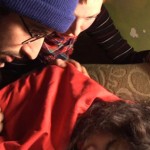 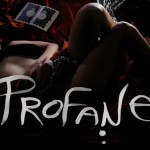