(Note: You can watch this film for free online here.)

The main character of Zach Clark‘s modern comedy Modern Love Is Automatic is a statuesque nurse named Lorraine. She’s strikingly pretty enough to see easily why every man who crosses her path throws himself at her feet, and she’s played with a cold-hearted precision by Melodie Sisk who makes it even more easy to see why those men are driven literally insane by her blank, right-through-you stare.

When Adrian moves in with Lorraine and declares that they’re going to be the “best roommates ever,” Ross quickly steals the show from under Sisk and the audience is led to believe that the film is going to follow a clichéd path: That the gregarious Adrian is going to continue to babble away completely unaware of how much she’s getting under the skin of the stoic, speechless Lorraine.

However, on a low-key level beneath the raucous sexual chaos happening in the film’s forefront, the relationship between these two women grows deeper as they start to exhibit more complex sides to their personalities. Lorraine isn’t as emotionless as she leads people to believe and Adrian’s obliviousness seems more willful than born out of ignorance. The entire crux of the film hinges on Lorraine and Adrian’s relationship despite much of their interaction being on the level of two ships passing in the night. It’s in that subtlety where the film’s true brilliance lies.

Meanwhile, desperate for any modeling gig she can get, the awkwardly sexy Adrian gets a job at the best mattress store ever. Run by an old pervert, the store employs girls willing to lie on the beds for sale with lonely guys who feel them up before handing over their credit cards. (Do stores like this actually exist? Because it’s a genius concept.) Adrian also has a vaguely creepy boyfriend, Mitch (Carlos Bustamante), who becomes infatuated with Lorraine to the point of stalking her to her illicit encounters.

The film’s deliberate pacing belies the fact that the action is barreling along like an out-of-control freight train. Yes, the train may be moving slowly, but the cliff its heading for is no less deadly. The tension is a slow build and eventually erupts in magnificently unexpected ways. Some scenes in Modern Love Is Automatic are terrifically funny in the way Clark brilliantly sets them up, while other parts of the film are truly heartbreaking. But it all blends together seamlessly in this exceptionally moving comedy. 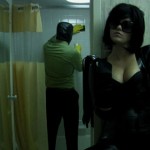 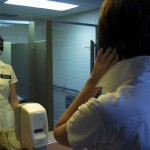 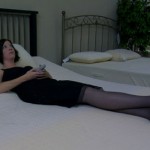