Movie Review: Blondes In The Jungle

Let’s say you went looking for the fabled Fountain of Youth. One, how would you know what it looked like if you found it? Two, just how exactly does a Fountain of Youth work? Are you transformed into a baby? Do you stay the same age as you are when you jumped in? How long do you actually live?

Those conundrums, plus the mysteries of 21 Jump Street and Bill Murray are entertainingly explored in Lev Kalman and Whitney Horn‘s highly amusing Blondes in the Jungle, a film that is part jungle travelogue, part screwball comedy and part surrealist history lesson.

The titular blondes are a trio of stoner college students, Chino, Jerome and Amber (James Ward III, Travis Nutting and Ingrid Schram), hired to trek through the jungles of Honduras in 1987 to find the Fountain of Youth, whose location is a closely guarded secret of a coterie of Hollywood movie producers.

Although a goofball comedy, Blondes in the Jungle is first and foremost very respectful of its location. It was actually filmed in Honduras and Kalman and Horn include so many cutaways of the vast jungle — both its exquisite terrains and close-up studies of the local fauna — that it becomes itself a character of the film. While the college students are intent on ravaging their bodies through drug use, it appears that great care was given to not despoiling the ecosystem. There are a few anti-jungle jokes, mostly involving a fear of monkeys, a bold disclaimer before the film starts tells the audience not to worry, that everything we’re about to see is fiction.

For the first quarter of the film or so, it’s not even clear what type of movie this is going to be. Perhaps it’s just my own predilections, but three youths wandering into a jungle screams “horror movie.” However, that’s far from what Blondes in the Jungle is and it’s nice to find a film that’s truly a little bit surprising. As the main characters wind their way deeper into the bush, we clearly don’t know what they’re going to discover around the next bend.

The film really picks up though when the three blondes meet a fourth one, Armani Rivette (Trevor Hoff), a close-cropped, Miami-Vice-pastel jacket wearing cocaine dealer on the lookout for FBI agents who look young enough to pass as teenagers, ala 21 Jump Street. Clearly, our heroes are too simple-minded to work for any government agency. Hoff contributes a fun, manic energy to the film that’s up to his introduction been dominated by slackers, entertaining as they may be on their own.

But, then, when the film doesn’t seem like it can get even stranger, there’s an animated sequence involving vampire bats and Amber gets it on with the Mayan Jaguar God (Coogan Martin). And, of course, there’s the proverbial question of whether or not the blondes find the Fountain of Youth and do they recognize it when they see it? It would be in poor taste to reveal that in a review, but I will say the ending is even stranger than anything we’ve witnessed before.

Blondes in the Jungle is a cheerful, genial and strange comedy, yet it’s so good-natured and screwy that it’s easy to go along with all of the improbable happenings — and there’s certainly plenty of those. Plus, the scenery is absolutely beautiful to look at with gorgeous cinematography by Horn. It’s easy to appreciate the film’s genial humor, but it’s especially nice to see a film — that’s not a documentary — that’s so respectful of a location.

Watch the Blondes in the Jungle movie trailer:

Blondes in the Jungle photo gallery: 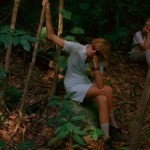 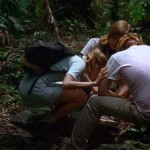 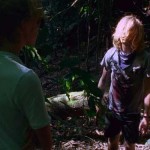 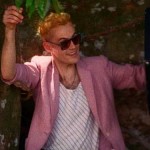 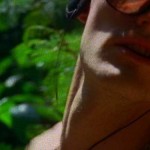 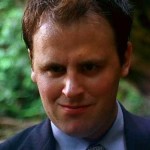 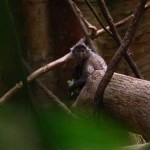