Identity is a funny thing. Defining ourselves is our first step in defining the world around us, especially in the way that we define others. Or “the other.” So, what happens when one spends his formative years as “the other” in an otherwise fairly homogeneous culture?

At once, American Arab — the latest provocative documentary by Usama Alshaibi — is both profoundly personal and culturally inquisitive. It is the first grand statement in a discussion that has been begging to take place since September 11, 2001: What is the role of the Arab in modern American society?

For his previous two feature-length films, Alshaibi has been toying with notions of his identity, whether directly in the documentary Nice Bombs in which he returned to his hometown of Baghdad, Iraq following the ouster of Saddam Hussein, or through proxy in his fiction film Profane, about a female sex worker struggling with her religious background. (Profane was named the Underground Film Journal’s Movie of the Year in 2011.)

American Arab is Alshaibi’s most autobiographical film, though, and it is primarily his story that fuels the film. His background is an interesting one: Born in Iraq, grew up splitting his childhood between the U.S. and the Middle East until finally settling permanently (so far) in the West.

Yes, one could simply read all about that in the filmmaker’s bio sheet, but the documentary is way more intimate and emotional than a solid recanting of the facts, whether in a written bio or here in a film review. It is a story of much family and cultural turmoil, including divorce (of his parents) and the spectre of several wars.

Out of this tumult, Alshaibi survived. His younger brother, Samer, did not, having passed away at age 29 after a hard, young life of excessive drug use, caused at least in part — it can be inferred — from failing to come to terms with his own identity. What can be further inferred is that Alshaibi becoming able to discover and express himself through art is what saved his own identity and his life.

While American Arab relies heavily on Alshaibi’s own life story, it is not the only story of the film. Clearly tapping into lessons learned from famed radio personality and historian Studs Terkel, who was one of Alshaibi’s mentors, the director engages in very conversational interviews with a small, but diverse group of other Arab Americans.

One interview subject, Amal Abusumayah, became quasi-famous in 2009 when she had her hijab head scarf ripped off her head by an ignorant woman while grocery shopping. Another, Marwan Kamel, is a young punk rock musician attempting to forge a uniquely confrontational, yet enlightening, identity.

However, the interview subject Alshaibi seems most taken with is Wed Jassar, the youngest daughter of a family of recent Iraqi refugees, whose father was kidnapped and nearly killed by both Iraq insurgents and U.S. soldiers. Wed is surprisingly candid, at least when prodded properly, and seems shockingly well-adjusted and optimistic despite the terrors she and her family have experienced.

At age 44 (at the time of writing this review), Alshaibi is still a young man himself, but is old enough to be concerned with the experiences of the “younger generations” of American Arabs, such as Marwan and Wed, so that both sides can learn from each others’ experiences.

It’s a fun lesson. Like most — if not all — of Alshaibi’s work, American Arab has a loose structure and is extremely playful with the underlying seriousness of the subject matter. The film is imbued with his terrific sense of disarming humor, such as when me makes the outrageous statement, “I’d like to be a camel jockey. It sounds like fun.”

American Arab does not attempt to provide a definitive statement about the Arab experience in America. That might make a fine documentary some day — and Alshaibi would be excellent at making it — but here he is more of the inquisitive artist, seeking some kind of answer to questions that seem to keep shifting with each major life event, from the death of his brother to a brutal hate crime assault in 2011 to the birth of his beautiful daughter, Muneera.

Identity is a funny thing. We like to think of ourselves in concrete, non-shifting terms, but our identity is constantly shifting.

Arab. American. Artist. Father. Son. Brother. Alshaibi is all of these things. He is also one of our most important filmmakers, a fact further defined by this engaging and enlightening documentary. 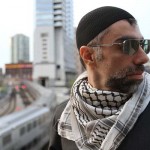 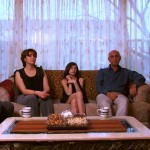 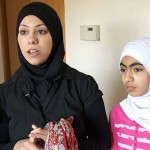 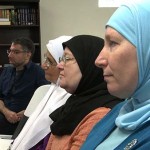 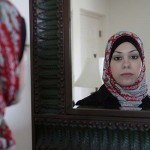 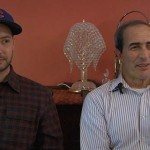 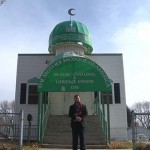 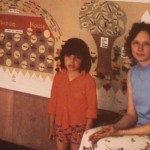