Movie Review: After You Left

We’ve all been there. Stuck listening to some self-absorbed acquaintance babble on about his own personal obsessions while our heart aches after having it stomped on, squished, mangled, and manipulated after a sorrowful loss. All we want is someone to help lift us out of our misery. All they want is to download their nonsense.

That’s exactly how Jef Taylor‘s melancholy short film After You Left opens. Mat (Michael Tisdale) has just been dumped by Sara (Joanne Tucker). Hoping to get his mind off of his broken heart, Mat is stuck listening to the boring ramblings of his friend Dylan (Dylan McCullough).

To us, the audience, Dylan’s whiny ramblings over whether or not he should go see the new Twilight movie just because Radiohead’s Thom Yorke has a song on the soundtrack is a riot, especially because he’s so sincere about his dilemma. But, we can also see Mat’s sheer anguish about doing the right thing by politely listening to the inane monologue.

Mat’s continued interactions with others in his sorrowful, lonely days don’t go much better — and some are much, much worse. However, as time goes on, we start to understand the problem is as much Mat’s as it is his choice of people to hang out with.

Although his exact age is never given, Mat appears to be somewhere in his mid-thirties, yet the depth of his agony and despair seems way more suited than a man in his twenties. Perhaps the dude was dumped due to his emotional immaturity. While our sympathies lie with Mat because, like the way Mat is stuck with Dylan, we are stuck with Mat for the film’s 20-minute runtime and he seems like a genuinely nice guy, how do we know he doesn’t deserve his fate.

Taylor has constructed his sparse film as a series of tableaux, so that the scenes don’t necessarily have an effect on each other. The consequences of one scene don’t play into the next, except to show Mat’s complete inability to let go. Well, he thinks he’s letting go, but he’s apparently not and a good friend would tell him this. It’s telling that none of his do. In fact, one friend (Garrett Neergaard) jokes that he’s willing to kill Sara in such a menacing way, we’re not sure if he’s entirely kidding around.

The film also plays a bit loose chronologically, occasionally slipping back and forth into a dinner reunion with Mat and Sara. She has most likely agreed to participate in a pity meal, hoping to tie up whatever loose ends she is feeling. Her motivations, though, are completely unknown to us. She appears to be a bit more put together than Mat, but then again she is the one who did the dumping.

Having previously directed the more confrontational Coverage, about a man sexually aroused by 9/11 new footage, Taylor has made After You Left a much more easy-going experience. There’s no political or social commentary, or reinvention of the break-up comedy/drama. Yet, it’s the movie’s subtle shifting of sympathy hidden within as casual a structure as can be that makes it an endearing portrait of an emotionally unhinged person.

Take the scene where Mat makes a wholly inappropriate move on a female friend (Jolly Abraham) who is trying to console him. We understand Mat’s distress that would cause him to take the shot. Yet, as he continues to wallow in his misery instead of heroically overcoming it, we start to think that perhaps he might just naturally be a clueless fool.

Given the plot’s vague jumping around in time, the movie’s climax is inconclusive if it’s an event that happened in the past or the future. Yet, it reveals all of Mat’s issues with a single look, what he’s really tormented about by Sara’s dumping of him. The film has a concrete emotional resolution, even as it leaves the plot lines dangling. We have come to understand the protagonist all too well and have realized, yeah, he’s just another heartbroken person, like we’ve all been at one time or another.

(This film screened at the 2011 Sundance Film Festival.)

After You Left photo gallery: 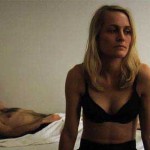 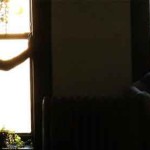 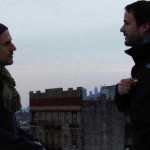 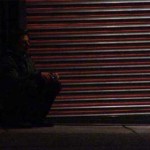