Cult movie director Crispin Glover has released the first three images promoting his latest directorial effort, which as of this writing remains nameless. All three images can be viewed in the gallery below.

In addition, Glover will be previewing 10 minutes from the film in Chicago, Illinois on January 31 at the Music Box Theater at a screening of his second directorial effort, It Is Fine! EVERYTHING IS FINE.

This latest movie will complete Glover’s “It” trilogy of films that began with What Is It?, which was completed around 2005. The film will also mark the first time that Crispin has ever acted on-screen with his father Bruce Glover, an actor who has appeared in diverse films such as Chinatown, Diamonds Are Forever and Ghost World.

Crispin is notoriously protective of the films he has directed, choosing to show them publicly only at screenings at which he can make a personal appearance. Each screening is part of a larger performance piece that includes his Big Slide Show presentation, the film screening, a lengthy Q&A session and a signing of his self-published books.

While Glover describes the films he has directed collectively as a “trilogy,” the “It” films are only connected in a thematic way, with each production exploring taboo and controversial subject matter designed to make audiences feel uncomfortable. You can read review of What Is It? and It Is Fine! EVERYTHING IS FINE. on the Underground Film Journal. (Click titles to read.)

The plot and subject matter of this third film are still unknown at this point, although the images have been described as taking place in the years 1888 and 1918. Crispin and Bruce also appear to be playing the same character, Brutus, in two different points of time, while Bruce also plays another character named Apollo.

Tickets for the January 31 screening at the Music Box Theatre can be purchased in advance at the theatre’s website. 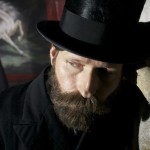 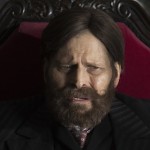 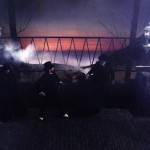