West coast underground filmmaker Antero Alli is hitting the road again, this time with his 10th feature film, Flamingos. The movie will make its world premiere in Oakland, CA on Feb. 29 and then travel northwards through San Francisco, San Jose, Portland and Seattle.

A metaphysical crime romance, Flamingos stars Madeline H.D. Brown in the dual role of twin sisters, Beatrice and Zoe, who are both in love with the same man: Ray (Joe Estlack), a man who robs banks through hypnosis.

Although he’s married to Beatrice, Ray runs off with Zoe after his latest heist. The spurned wife instigates divorce proceedings while two agents from the Bardo interzone begin to take interest in the lovers’ fates.

Alli has been making films since 1993, which grew out of his experience with the paratheatrical, a style of theater that seeks to erase the lines between audience and performers. Alli only screens his films during limited west coast tours and then offers them for sale on his website.

Much of Flamingos was improvised by the actors and/or with little to no rehearsal between them and with the filmmaker. More on Alli’s inspiration and working methods for the film can be found at his Vertical Pool website.

The currently confirmed list of tour dates is below. Alli will be in attendance at all the screenings, and most of them will also include a live musical performance. Then, below the dates, please watch a clip from the film and browse the photo gallery of movie stills. 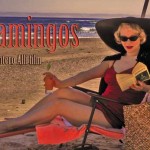 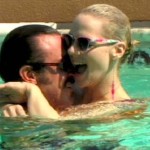 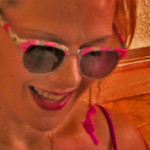 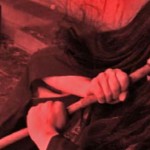 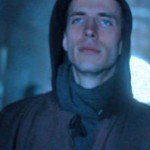 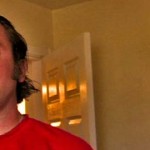 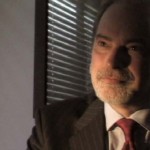