[Update: Film is now available to watch on Amazon.]

Meet the most dangerous man in America. Way before the Yes Men, Alan Abel was duping the media with all kinds of outrageous hoaxes. From trying to clothe animals to running a school for beggars to protesting against breast feeding, nobody, but nobody, could pull the wool over the public’s eyes like Abel. And, entering into his sunset years — he’s still at it! Calling radio stations, writing fake editorials, handing out outrageous flyers, Alan Abel couldn’t stop pulling hoaxes if he tried. His life and wacko career is intimately profiled in the documentary Abel Raises Cain by someone who knows his tricks and scams all too well: His daughter Jenny Abel.

This is a very loving documentary. Jenny is obviously very close to her father and her mother, so the documentary doesn’t really explore any negative aspects to Abel’s stunts, if there are any. Although one could perhaps say the emotional and financial strain that Alan’s “career” placed on his family is a downside. But, listening to her constant voice over narration, Jenny appears to be a well-adjusted adult even though her dad used to make her do things like eat a hair sandwich on TV or cry at city council meetings as a kid.

The documentary is produced in the spirit of fun that Alan intended his hoaxes to be taken. However, enjoyment of the film will probably be predicated on one’s tolerance for Alan’s stunts. Personally, as someone who loves a good hoax — see my praising of the work of media prankster Mike Z over the years — I found Abel Raises Cain to be compulsively watchable, anxious to see what nutty prank Alan would pull next. The things this guy came up with are absolutely hilarious, especially the way he can so perfectly deliver the most outrageous proclamations in very serious tones.

Alan’s career also intersects with the underground film world, particularly since he made two underground movies himself. But first, it’s interesting that for his earliest gag, the quest to clothe the world’s animals, he recruited a young Buck Henry to pretend to be the head of the Society for Indecency to Naked Animals. Henry is apparently at some nexus of the underground film universe, having also been friends with filmmaker George Kuchar back in the day and appearing in the documentary It Came From Kuchar.

Also, in Abel Raises Cain, Alan discusses how his friendship with filmmaker Robert Downey Sr. inspired him to make his own movie, the mock-documentary Is There Sex After Death?, which starred Downey, Henry and Warhol superstar Holly Woodlawn. Following that, Alan made another mockumentary, The Faking of the President, in which actual Richard Nixon audio tapes are played while a Nixon lookalike appears on-screen, a technique that is now wildly popular in media mash-ups.

A fictional film about Abel is currently in the works, but it’s great that we were able to get to know the real man in this documentary. No, scratch that. Will anybody ever know the real Alan Abel?

What we do know from Abel Raises Cain is that, whether you know it or not, we are now living in Alan Abel’s world. As we see in the documentary, beginning in the ’80s, when Alan tried to be his most outrageous on talk shows hosted by people like Jenny Jones and Morton Downey, Jr., the outrageousness quickly became the norm thanks to the almighty ratings gods. Our media took a turn in those days and it hasn’t been quite the same since.

So, thank you, Alan Abel.

Learn more about this documentary at its official website. 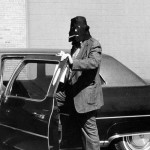 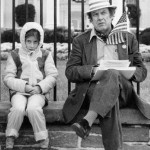 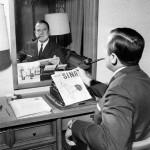 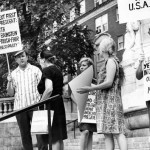 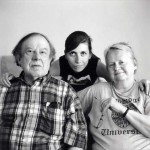