Facets: Warhol And The Film Factory 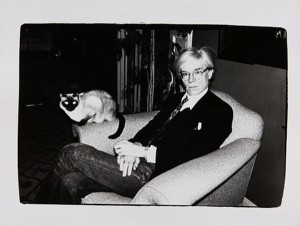 There seems to be an Andy Warhol revival going on lately, taking new critical looks at both his films and the people who starred in them.

First, back in October, the Lausanne Underground Film Festival held a retrospective within the fest focusing on Warhol’s “superstars,” and they screened both the artist’s own films as well as later projects.

Now this month, Facets in Chicago will be holding another retrospective called “Warhol and the Film Factory.” It’s going to run from Nov. 16-22 and will feature several film screenings, as well as a gala opening night party on the 16th and a panel discussion on the 17th about Warhol’s legacy with Fred Camper, Craig B. Highberger and James Rasin. Here’s the film lineup: