(Charles Pinion‘s Killbillies, which you’ll discover all about below, is one of the great unfinished underground movies. It’s complex, uncompleted production involved a multitude of talents, not least of which was Joey Ramone whose involvement got a write-up in the infamous Page Six gossip column. The scan of that article that you see here was provided to the Underground Film Journal by Killbillies co-producer and actress Marina Lutz. But, this is Charles’s story… and his on-set pictures. Click the article and all pictures to embiggen.)

Underground Film Journal: Ok, so Madball is done and you’re moving into another film project, Killbillies? What’s the story behind that?

Charles Pinion: Killbillies‘ basic notion came from my friend George Cavano, an artist/musician in Gainesville, Florida. (His piece, “A Violent Release of a Large Body of Water” plays over the opening titles of Red Spirit Lake.)

The notion, given to me by George on a muggy Florida night, was of a rural family of cannibals. One day, they consume a non-specific fungus and then sit in their car (an old beater up on concrete blocks) and, via the psychoactive component of the fungus, go on a “Spirit Drive”. The car doesn’t move, but the family does go on a journey. That’s the central image. On paper, it’s a beautiful scene. Wide shot of bucolic sylvan setting, their car on blocks, the family tripping, sitting solemn and intent in the car, and then the car drives away, as a ghost car, leaving the metal and meat behind.

I was working at Al Goldstein’s Screw magazine, and presented the idea to my co-worker, John Walsh. He was a wacky, creative, fun, and boundless talent. He was a founding member of a variety show called Beyond Vaudeville, which I believe is still around. John and I hit it off really well, and it seems like we wrote the whole script in a couple of long, beer-drenched nights, after work, in Screw‘s 14th Street office. I knew what I wanted for Killbillies in terms of tone, and John was a Gatling gun of ideas. At one point, he suggested that the entire family burst into song, turning the movie into a musical for its final ten or fifteen minutes. I knew that sort of thing wasn’t what I wanted, but it was fun to have to fend off such fecundity. 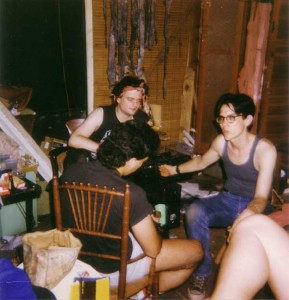 We shot a Super-8 trailer for Killbillies in Central Park, passing for Anyplace in the rural United States. One of the plot points is that the demented son in the family, Barrett, uses a crossbow to pick off passing drivers on the remote country road behind their property. That was how these cannibals got their meat. So for the trailer, we borrowed Al Goldstein’s crossbow. (He had rooms and rooms full of junk he’d ordered by mail over the years — he was an obsessive shopper from Hammacher Schlemmer, Sharper Image, etc. — and among other things, he happened to have a crossbow!)

The challenge was getting this crossbow downtown. This was Manhattan, and a crossbow is considered a deadly weapon. It is a deadly weapon. We wrapped it in newspaper, but it still looked like a crossbow. It was early on a Sunday, as I recall. Not a lot of people around. We lugged this lethal weapon wrapped in newspaper into the park, hoping no one would see us. We set up our simple scenario (hapless hiker gets crossbowed by Barrett) and shot it. Screw‘s art director Kevin Hein played the hiker and Barrett was played by Mark Adomaitis, who would later play Thomas, the hulking vessel for the Angels’ “key,” in Red Spirit Lake. 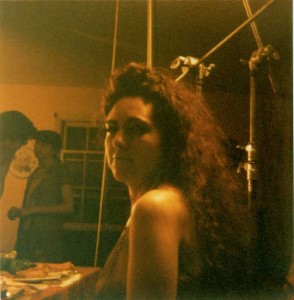 We showed the trailer in the offices of Screw magazine after work one night. Ours was squeezed in along some other movies. When the Killbillies tag line, “Terror has some strange kinfolk”, was intoned, some people laughed, and one person yelled “Stupid!” It was at that Screw screening that High Times editor John Holmstrom and I were chatting about the film, and John recommended Marina Lutz to play Josie in the film.

I had bought a brick of expired Super8 sound film from Rafik. I had every intention of making Killbillies on Super8. My philosophy then was: frame it, light it, and let the actors say their lines. If I have that, I have a movie.

But things change. People get in your ear. The cinematographer was in my ear, saying I should shoot Super16. Next thing I knew, I was shooting three bank-busting weekends in New Jersey, covering maybe 18 pages of the 100-page script, in Super-16 color film. When the grip truck showed up, packed to the gills, I panicked slightly. This was a real movie!

After those three weeks, we had no money to process the film. This story is as old as the hills but it still causes me pain. I had access to the flatbeds at F/VA, but I didn’t have access to the film. I did get out a couple of reels that looked very good. It would have been a good movie, I think. I also think it would have been good, in an entirely different way, in Super8. For one thing, I am convinced that I would have had a completed movie if I’d shot it in Super8. 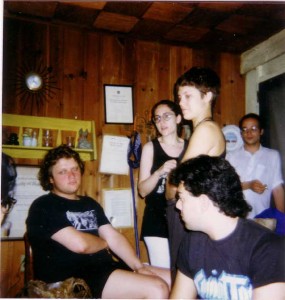 What Marina brought to the project was a more ambitious approach. 35mm film! Attach some stars! Marina knew a lot of people and she started to bring those connections to the project.

By now I was circling the whirlpool like Francis Pym. We started getting “names” attached : Debbie Harry, Richard Edson, Gibby Haynes, Joey Ramone. Tom Towles. I was in the office when I heard Harvey Keitel, on the speaker phone, say he didn’t see anything in the script that interested him.

I myself talked to Laurence Fishburne for the lead, Tipple. We had a couple of conversations. After he read the script, he said, “Nah.” He didn’t like the giant Jesus. I don’t blame him. He had just done King of New York and his star was in ascendance.

Nick Cave was approached but said no, though he said he’d like to do the soundtrack. I had just met with Blixa Bargeld about doing the soundtrack, however, so that was awkward.

More awkward was throwing Eugene Chadbourne under the bus, who had recorded some banjo music exclusively for the soundtrack, including an original song, “Killbillies” (which he went on to record on his own for his records). Moving from my Super8 version through the Super16 version to this star-studded, 35mm version, was a tilt-a-whirl of decisions and moral dilemmas. 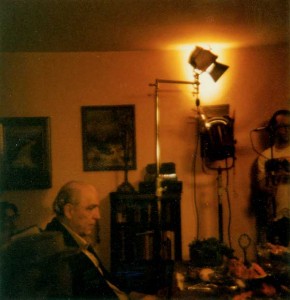 In addition to pushing Eugene Chadbourne’s exceptional contribution aside, it meant that I had to tell actors, who had worked hard those three weekends in New Jersey, that we were looking elsewhere for people to play their roles. The cinematographer was also to be replaced, though I did fight for him. I bear these memories as marks of Cain, barely visible but I still feel them. The movie The Big Picture speaks to this not-at-all-unique experience very well.

In short, Killbillies produced a lot of motion, energized a bunch of people, pumped itself up like a great big tent of desire and potential, and then collapsed when the hot air and the hype ran out.

It was during this endless, frustrating, semi-stagnant period of meetings and commitments and drinks and schmoozing that my girlfriend suggested I “just make a movie” as I’d done with Twisted Issues. This is what became Red Spirit Lake.