This is part deux of my continuing series on books on avant-garde and underground cinema. My first entry was on Midnight Movies by J. Hoberman and Jonathan Rosenbaum, which is where I first found out that Movie Journal even existed. And when I did, I knew I had to read it immediately.Movie Journal is a collection of bits from filmmaker Jonas Mekas‘s column for the Village Voice written during the time period of the book’s title. It was a little bit of a let-down to read in the book’s introduction that Mekas’s full columns weren’t being reprinted, but he picked out what he thought were the relevant parts only. Makes sense, though, since given the time period covered had the full columns been printed, this would have been a real monster. As it is, it’s still a dynamic account of a crucially vital period of avant-garde film history.

I was excited to read this book for two reasons. One is that rather than a retroactive analysis of said time period and films, these columns were an active account of the scene as it was evolving. Historical perspectives are fine. As I said earlier, Midnight Movies is a real thrill to read for people into cult cinema. But there’s something special to read a first-hand account of somebody who was not only an observer, but an enthusiastic participant in this exciting scene of experimental filmmaking. Mekas’s enthusiasm is so thick and palpable it makes you want to scream that these films aren’t readily available for viewing. (Something I’m hoping to write about in a future post.)

The other reason I wanted to read this book was I was really hoping I could steal from it I would be inspired by it. And I was!

My reviewing style tends to change up every couple of months and/or years as I end up getting sick of whatever ghetto I’ve cast myself in, whether it’s been my personal journal type reviews, my poorly thought out political commentaries or my straight-up reviews. But I had been getting pretty burned out by the straight-up reviews that had been dominating the site lately. Creatively, I felt that something was lacking in my writing.

But reading Mekas’s 40 year old movie reviews was like a breath of fresh air! What’s funny is that just the other day I was reading some filmmaker’s blog post complaining how some movie review of some other director’s movie didn’t live up to his standards. Where was the plot description? The analysis of the technical accomplishments? How was the acting? It was such a knuckleheaded rant I’m not even going to bother re-finding the link to it. Everybody wants to be the culture cop, ya know? They want to tell us not only by what standards a work of art needs to achieve before it can be considered “real” art, they also want to tell us how an audience needs to properly react to art.

And it’s criticism of the critics that Mekas also had to face when he was writing his column. Mekas writes a lot about the poetry of underground film and how his writing should be equal to that poetry. I mean, it’s not actual poetry he’s writing, but his columns try to get to the heart and soul of a film, rather than offer up bland descriptions of plot and technique. But it was also a very personal column by Mekas and he also frequently wrote about how people reacted to his unique approach to film discussion and it’s the same crap we still have to listen to today. Don’t do this. Don’t do that. Man, it’s tiring.

Sadly, this book is long out of print and, as far as I can tell, hasn’t been reprinted since it’s 1972 edition. I got my copy out of the library, but there are a bunch of used copies on Amazon.com. This book is required reading for anyone into underground and avant-garde film. Movie Journal is a call to arms for not only the New American Cinema to keep growing and evolving, but for the New American Cinema Criticism and Promotion to keep up the good fight. Some publisher seriously needs to dust this thing off and get it out there again. It’s that important. (NOTE: Movie Journal was re-issued in 2016.)

To learn more about Jonas Mekas and to watch some of his own short films online, please visit his official site.

Gallery of images in the book: 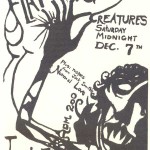 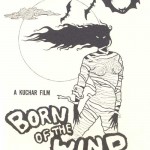 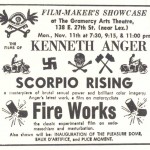 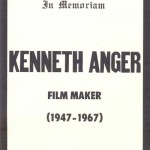 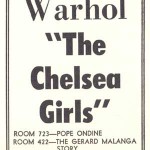 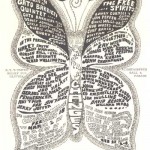